In this workshop you’ll get hands on experience writing microservice applications using ASP.NET Core (HTTP + JSON and gRPC) and deploying them to your own Kubernetes environment. We’ll start with the basics of Kubernetes and work our way up to more advanced topics like security and performance monitoring. We’ll also learn the basics of gRPC for microservices communication. By the end of the workshop we’ll cover topics like versioning, dark deployments and advanced communication patterns. This is a developer-focused workshop - all of this work is hands-on, and you’ll be writing code or running commands to manage Kubernetes for most of the time. Topics: Basics of deploying to Kubernertes Programming ASP.NET Core with gRPC Using advanced gRPC features (deadlines, streaming, versioning) CI/CD-based deployment Performance monitoring and troubleshooting Configuring HTTPS and security in Kubernetes Deploying applications with no downtime (versioning, dark deployments) Setting up a productive development environment Who should attend: You should attend this workshop if you’re a developer who wants to learn Kubernetes and modern microservices development. The workshop will assume some level of familiarity with using ASP.NET Core for building backend APIs and web applications. Some experience with Docker and containers in general is helpful but not strictly required. Pre-requisites: A working .NET Core development environment (Visual Studio, VS Code). More TBD!

This is an online workshop. Attendees will be invited to join through Zoom.

Ryan Nowak is a developer on the ASP.NET team, where he works on Razor, MVC and a variety of other things. He's been employed at Microsoft for 10 years, working on various developer tools such as profilers, IDEs and compilers. Ryan is one of the core developers on Blazor, focused on the ASP.NETCore integration, compiler, Razor language and tooling support. 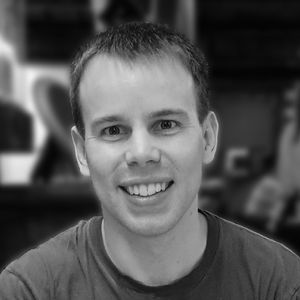 James Newton-King
Developer on the ASP.NET team and author of Json.NET

James is a developer on the ASP.NET team, where he works on MVC, SignalR and a variety of other things. James also created Json.NET, one of .NET's most popular software libraries.