The Rust Programming Language in a day

Rust is a systems programming language that ensures memory safety without sacrificing performance. In this one-day workshop, you learn enough of Rust’s fundamentals and concepts to boost you up its steep learning curve.

There’s hardly been a programming language that has caught developer’s attention as much as Rust in recent years. Rust has been voted the "most loved programming language" in the Stack Overflow Developer Survey every year since 2016. Companies like AWS, Google, Facebook, and Microsoft bet heavily on this new technology that promises to “Hack without fear”.

Its unique take on memory management and the focus on zero-cost abstractions allow you high-level expressiveness at native speeds. Rust can be used as an alternative to C and C++, for WebAssembly, to run high-volume traffic proxies or web servers, embedded systems, and so much more!

However, Rust is not an easy language to learn. The syntax might look familiar, but its concepts differ a lot from what mainstream programming languages have to offer.

This hands-on workshop gives you everything you need to get productive with Rust, all in a day's work!

This one-day workshop is split into 4 parts.

To start, we look at the basic language fundamentals and tools to get going. We start scaffolding projects with Cargo, and look at initialization, control flow, shadowing, pattern matching, ranges, enums, structs, and how everything in Rust is an expression.

We dive deep into Rust’s unique approach to memory management and learn how ownership and borrowing help us write memory-safe code without garbage collection.

Traits are Rust’s answer to interfaces and are considered “the meat of Rust”. We look at the capabilities of traits, what separates them from similar concepts in other programming languages and work out advanced use-cases.

To wrap things up, we take a whirlwind tour through concepts like Generics, Iterators, memory-safe multi-threading, and concurrent programming using async. 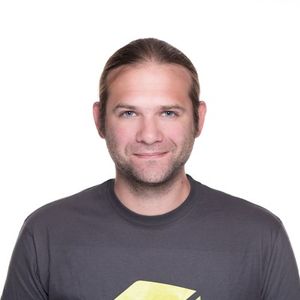 Stefan Baumgartner is an architect and developer based in Austria. He is the author of "TypeScript in 50 Lessons" and writes for Manning, Smashing Magazine, and A List Apart.